Fort Pocahontas is situated on the north bank of the James River with access to Hampton Roads to the east and Richmond to the west. The James River was a highway for Native Americans and in turn for colonists and Americans. 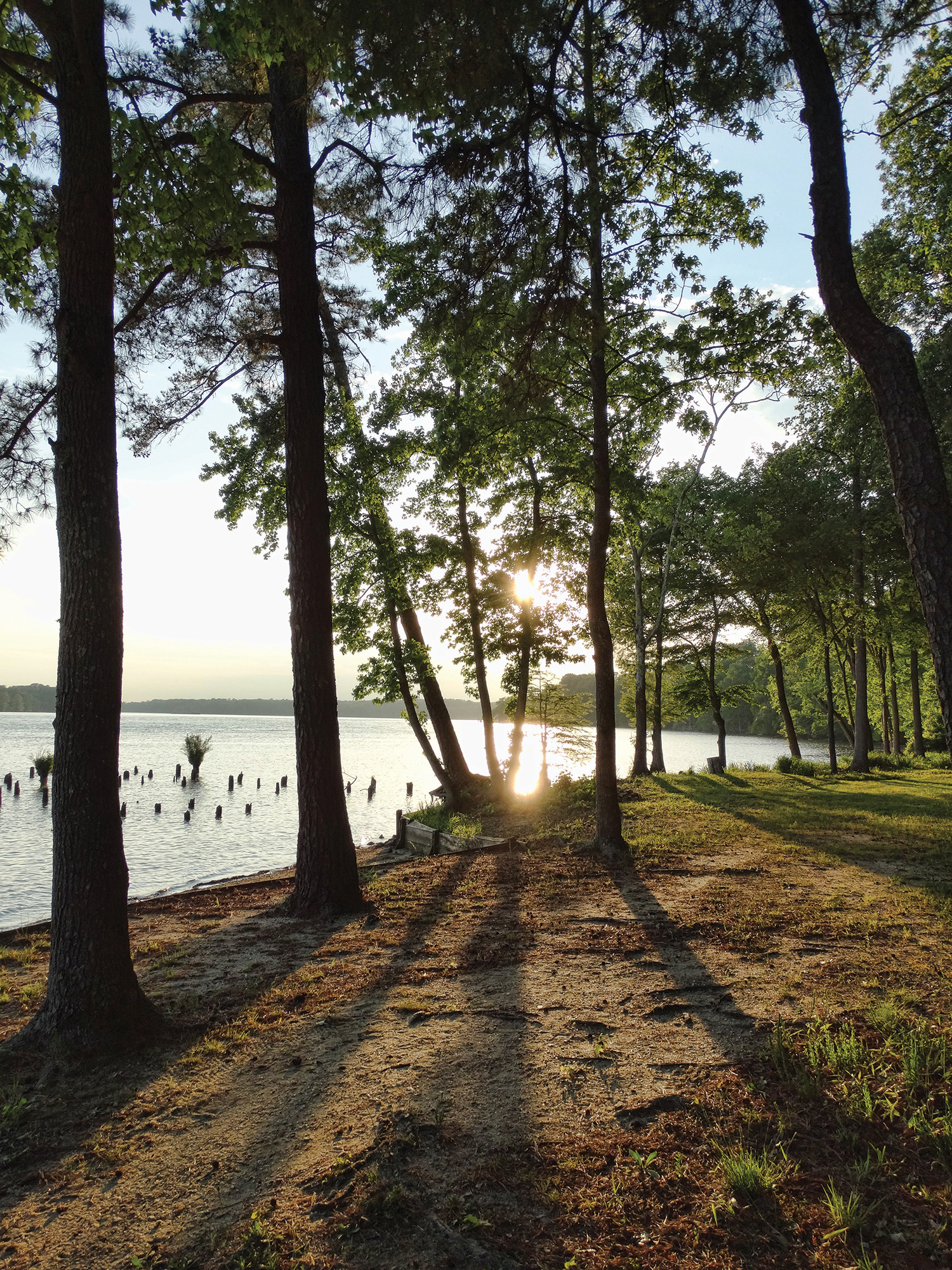 The deep water port was known variously as Kennon’s Landing, Wilson’s Landing, and Wilson’s Wharf. Tobacco, an important cash crop at many plantations along the James River in the 18th century, went through an inspection warehouse on this site before being shipped to England. The landing saw action during the Revolutionary War when 1,000 British troops, led by Benedict Arnold, disembarked here en route to Richmond intending to capture the Virginia legislature. During the 19th century, the landing was a stop for the passenger ferry boat Pocahontas.

At the time of the Civil War, Wilson’s Wharf was said to be the highest point on the river with a bluff elevated about 50 feet above the water.  It was ideally situated along the Union line of communication stretching from the mouth of the James River to Ulysses S. Grant’s base at City Point.  Brigadier General Edward A. Wild’s 1st Brigade landed at Wilson’s Wharf on May 5 and began to fortify the bluff as part of Grant’s Overland Campaign, a grand strategy designed to capture the Confederate capital of Richmond in 1864 and bring about an end to the war.

Signaling with flags and flaming torches, messages could be transferred up and down the river.  Accounts of the period indicate that in addition to the troops garrisoned here, the fortifications were a refuge for African-American slaves known as “contraband” who had escaped their local masters.  The troops conducted a number of raids into the countryside, including to nearby Sherwood Forest, home of 10th U.S. President John Tyler.  A number of Confederate sympathizers apprehended during these raids were imprisoned. 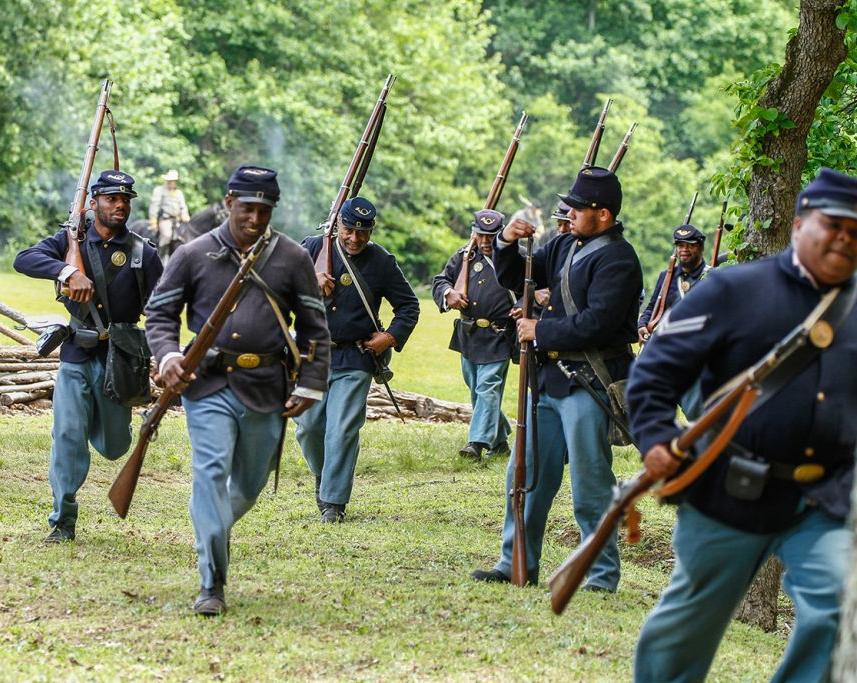 The installation remained under construction when Major General Fitzhugh Lee’s dismounted cavalry attacked on May 24, 1864. His force of about 2,500 Confederates was repulsed by the 1,100 or so USCTs who courageously defended the fort. Casualties numbered over 100 for the Confederates and approximately 20 on the Union side. The fort remained in Union hands until the end of the war and was abandoned shortly thereafter to become overgrown and eventually forgotten.

Harrison Tyler, who grew up nearby along the James River, had always been drawn to the history of Fort Pocahontas. His interest increased when he was approached by military historian Ed Besch, who wanted to visit the property. After purchasing the property Tyler began clearing away 130 years’ worth of brush and overgrowth. Decades of neglect proved to be beneficial; the hidden earthwork fortifications remained in excellent condition. He sought out Dennis Blanton, Director of the Center for Archaeological Research at The College of William and Mary to head up an excavation project, which began in 2003. 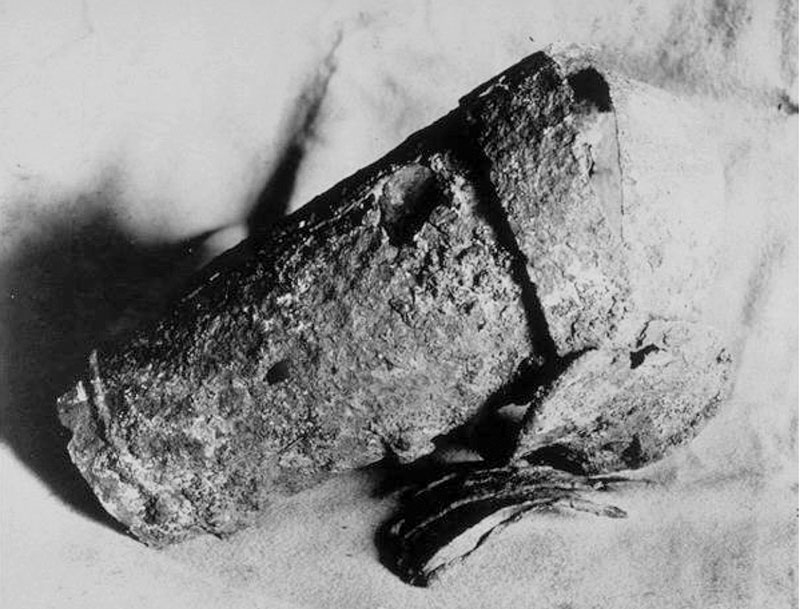 Photo from the Virginia Historical Society

Artifacts dating to the area’s earliest inhabitants, the Native Americans, were unearthed in addition to Civil War-era discoveries. The latter finds included lead bullets, knapsack hardware, and evidence of a Federal encampment just outside the walls of the fort. The evidence generally interprets the fort as having gone through 3 phases of occupancy. First was the initial construction, battle, and immediate aftermath (May 5 – mid-June 1864), when Fort Pocahontas was an active front-line installation held within hostile territory. From mid-June to August was a more secure time when attack from Confederate forces was unlikely due to focus shifting to the Richmond-Petersburg area. Evidence of the campsite extending beyond the fortifications support this relaxation. By August, 1864 the fort entered the third and final phase as a rest area, securely held in the Union lines. The Confederate army was fully engaged at the northeastern siege lines of Richmond and Petersburg.

The Virginia Department of Historic Resources also played a key role in preserving and interpreting the fort for future generations. To recognize the importance of the site, the Commonwealth of Virginia erected a historical marker on Route 5 commemorating the bravery of the USCTs.